I had the chance to walk around New Hope, PA the other day. It’s only 6 miles from where George Washington crossed the Delaware river, and it was very cold (-12°F!) outside. I took some pictures, and I captured a beautiful 360° panorama of the Delaware River from the center of a footbridge crossing it. It’s a pretty cute small town in PA. There’s a canal that runs through the center of the town (which I also took some pictures of). Anyway, on with the pictures! 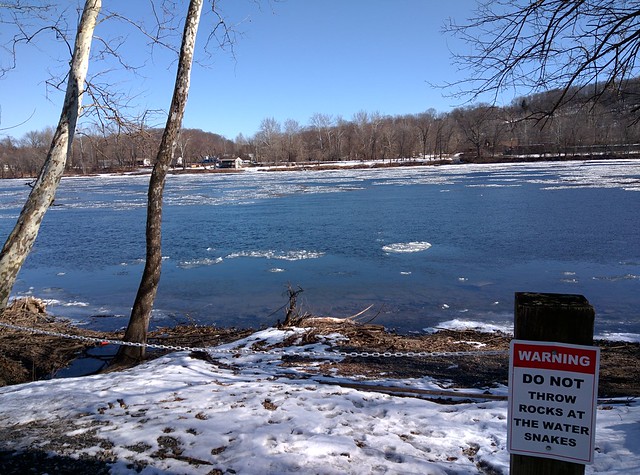 Here’s a picture of the Delaware River, from when I first stepped out of the car. The water is crystal clear, and there’s ice floating along the top. 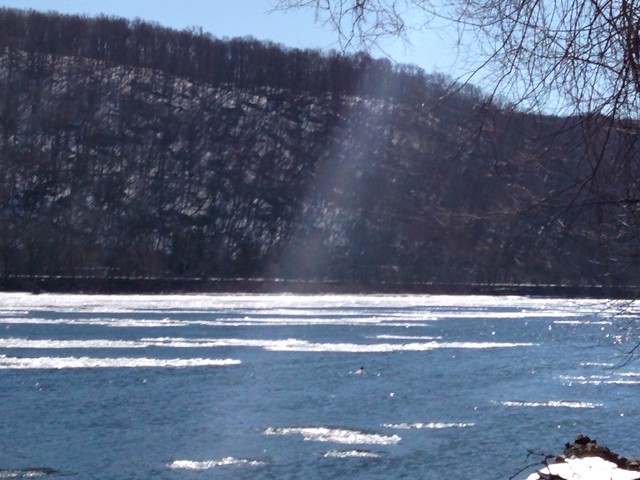 I tried to get a picture of a single duck who could tolerate cold water a heck of a lot better than I can. 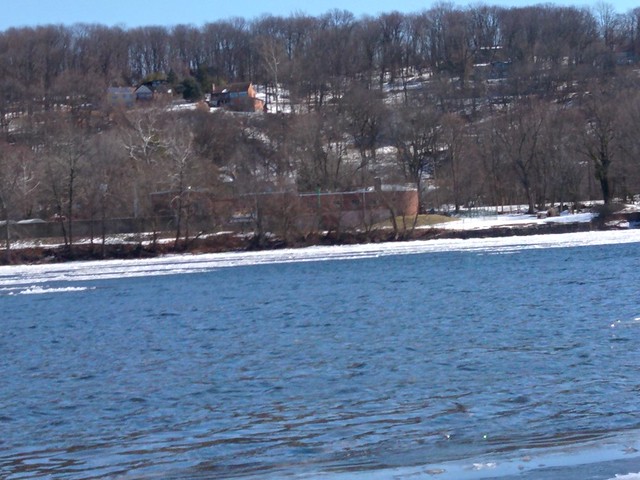 Over in New Jersey, there’s a lot of snow-covered hills with a small town built into them. 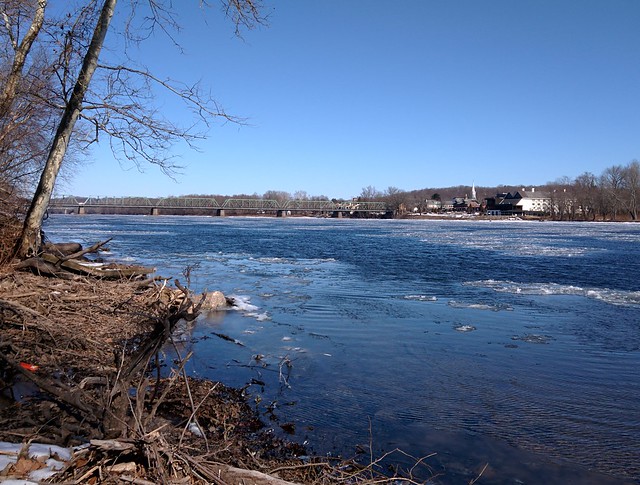 A picture of the Lambertville Bridge from a distance. This bridge is free, and one of the few places to get to New Jersey without actually having to pay a toll. 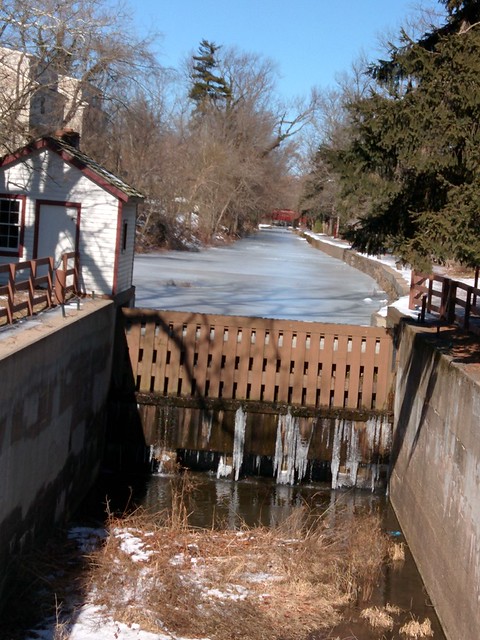 Across the street, and in the middle of the town, there’s a canal that runs through. Due to the cold, the entire canal seems to have frozen over, making quite a neat sight. 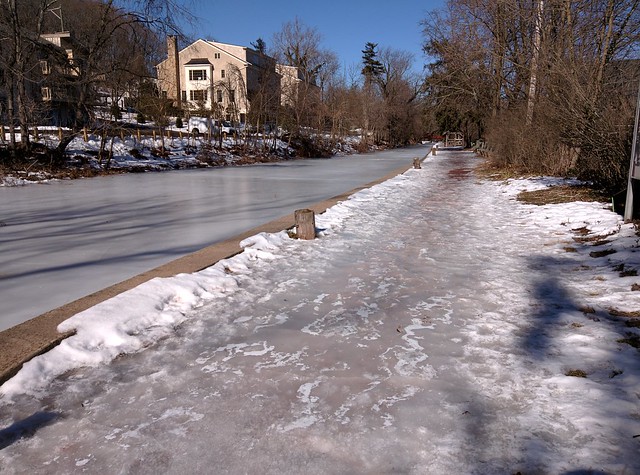 The sidewalk along the canal is also fairly frozen over. I almost slipped into the channel a few times, trying to get the perfect shot. 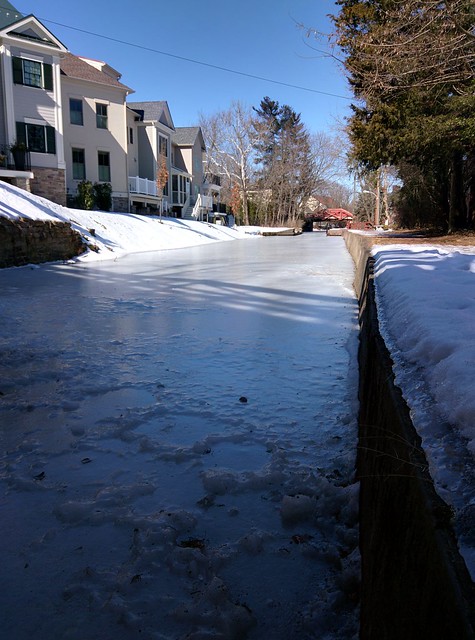 Here’s one such shot. It’s from underneath one of the bridges crossing the canal. 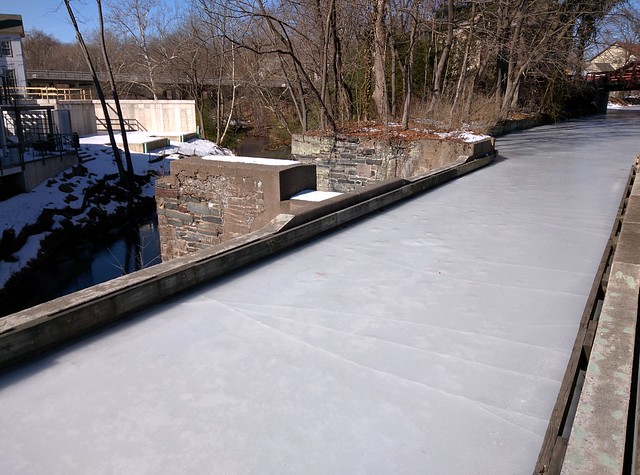 This part of the canal is actually crossing another river. I’ve never seen a bridge for a canal before, but I can’t say that I’ve seen many canals. I wonder if the thing leaks into the creek below? 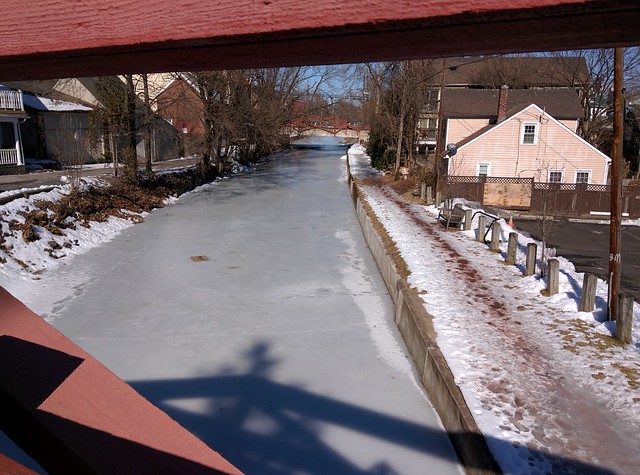 I would love to travel to this town again in the summer, I’m curious if the canal is still active. Is it just a stagnant body of water now? Are there canoes zipping up and down? Water taxis? I couldn’t tell you, but it’s beautiful frozen, might be a sight when melted too. 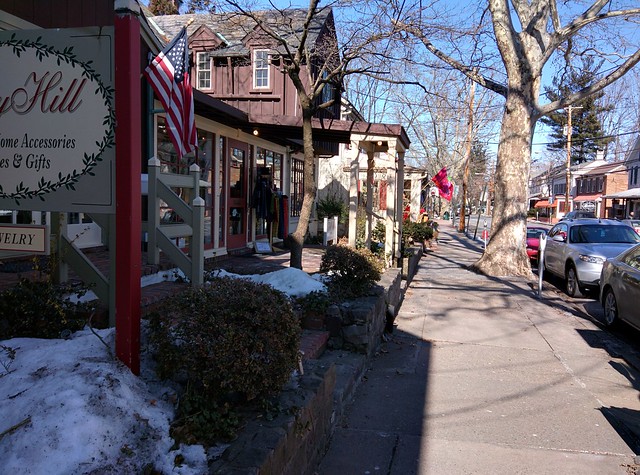 The actual town of New Hope. It extended a good mile or so, with many very small buildings and little stores along the street. The city is fairly empty due to the dangerously cold weather only crazy people like me would be out in. 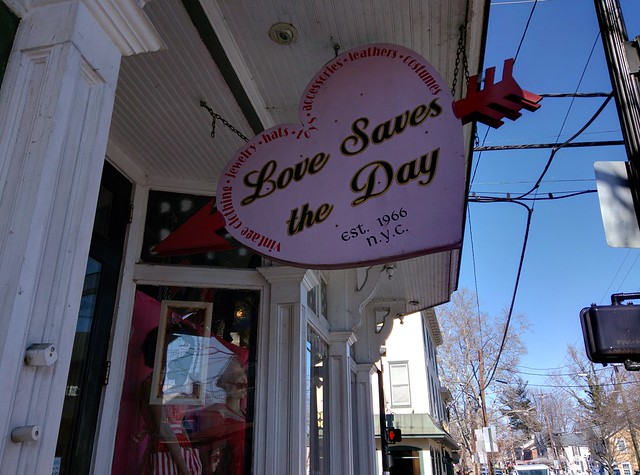 Remember folks, love will save the day! 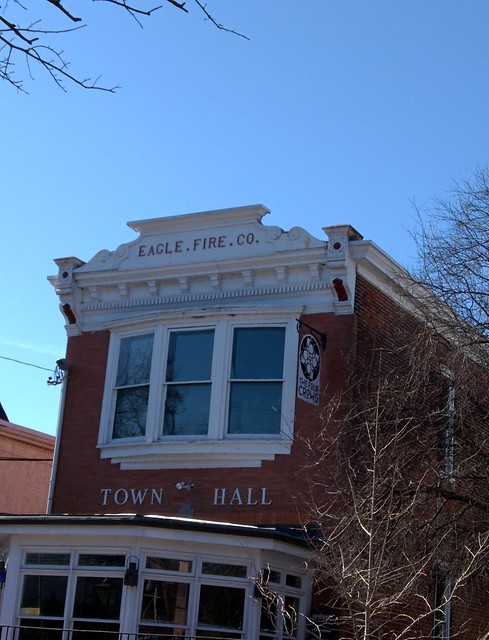 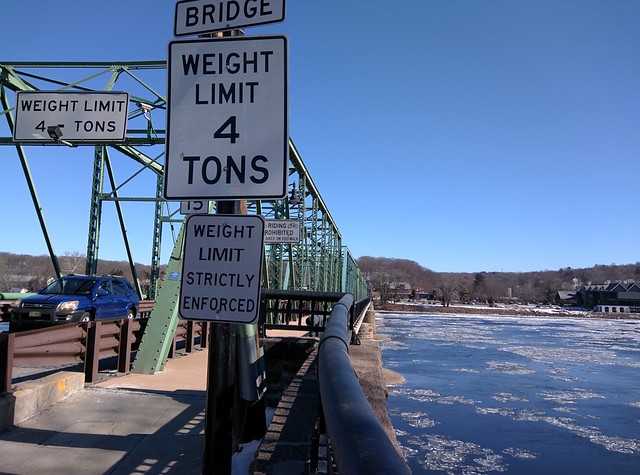 The actual Lambertville Bridge close up. You can travel between PA and NJ by foot or car (if you weigh less than 4 tons, that is). 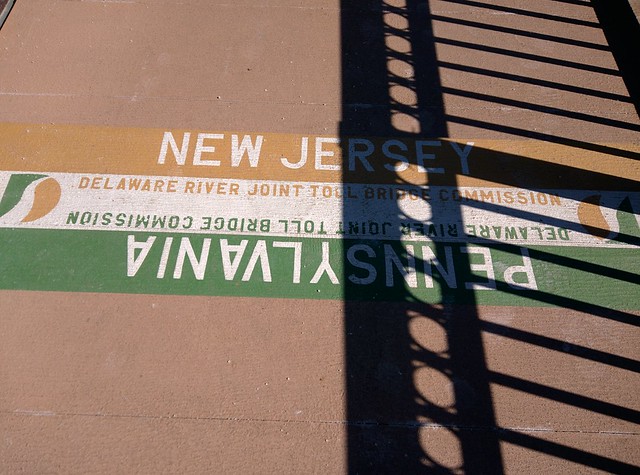 The border between New Jersey and Pennsylvania, right on the bridge. 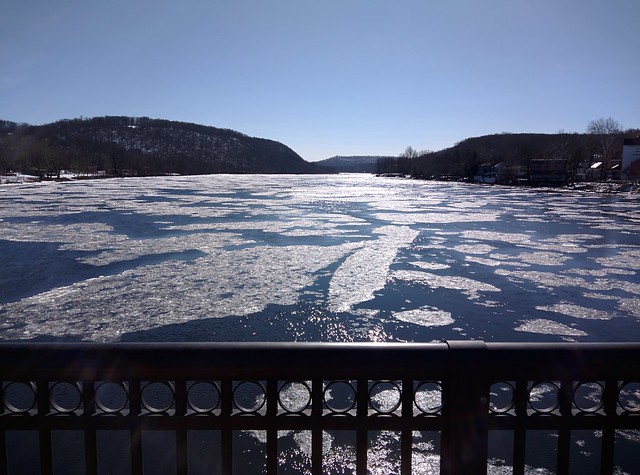 A picture of the river from the center of the bridge. There’s ice sheets traveling down river in an almost surreal view of motion. I should have taken a video. 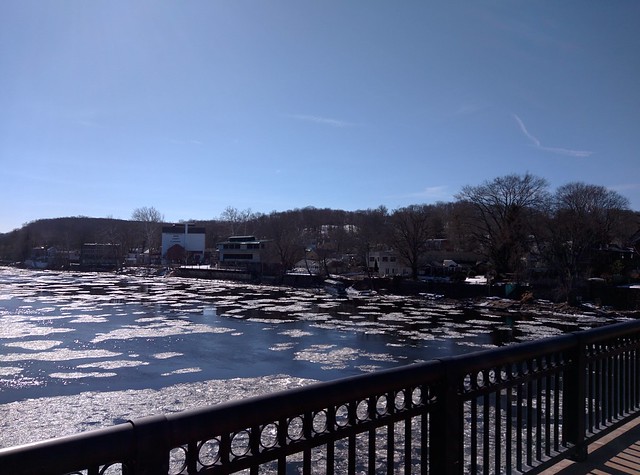 The view towards New Hope from the bridge.

I also have a panoramic view of the bridge; requires javascript: View Panoramic Here