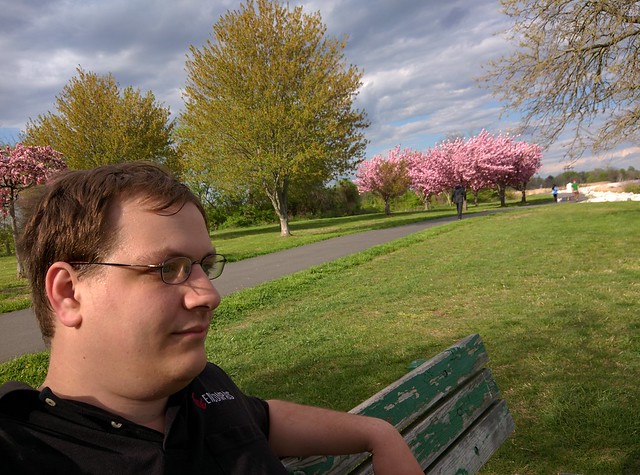 As I may or may not have promised in my Thunderstorm on the Riverfront entry, I’ve returned to Historic New Castle to walk the Battery Park trail, and I got pictures!. 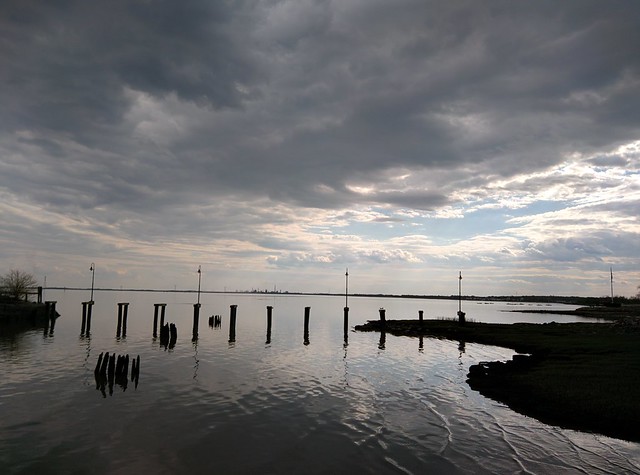 Here is the riverfront once again, this time without a thunderstorm. I don’t like the way the color turned out on this one. 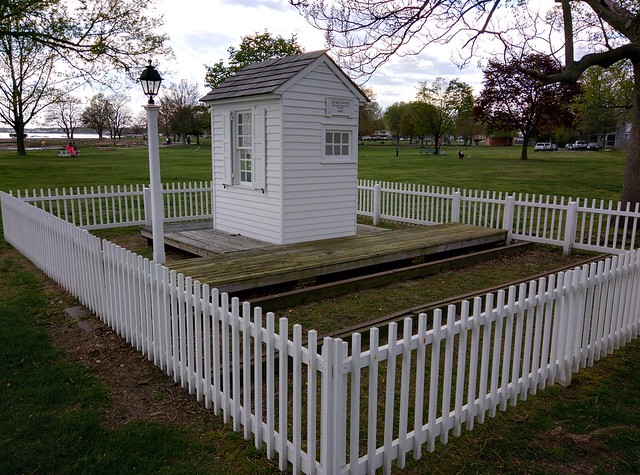 This is the original ticket station for the old rail line that used to run through here. In the background, there’s a better picture of the park- lush green fields and a playground. 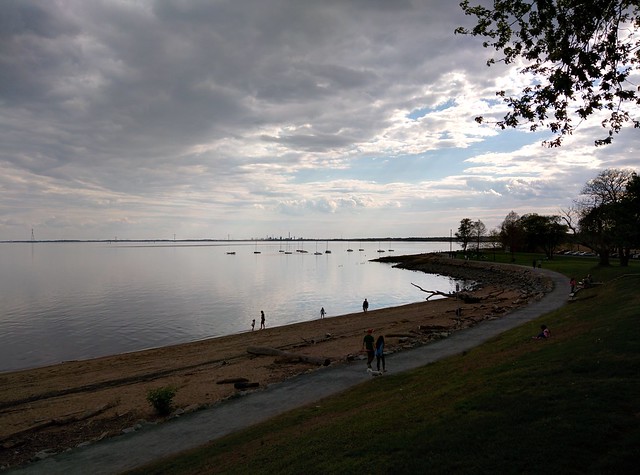 Here’s a view of Battery Park’s path. It’s about two miles, running along the river. 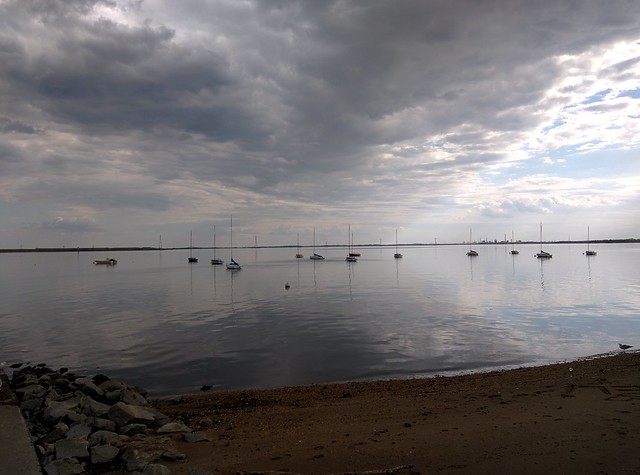 Some sort of sailboat club. They’ve had boats on the river as long as I could remember. 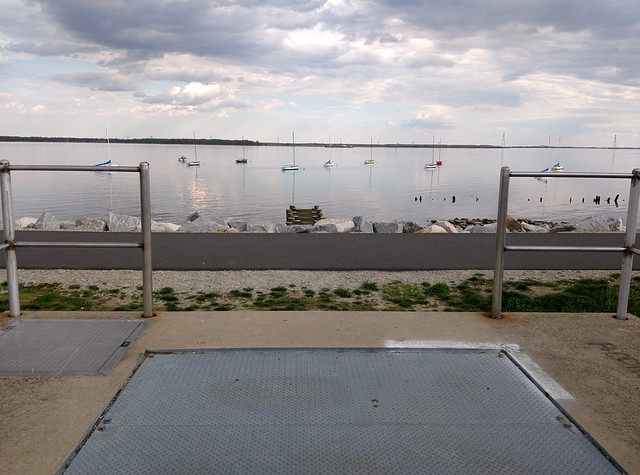 The wooden foundation is for a pipe. The river drains into it during high tide to fuel a swamp. 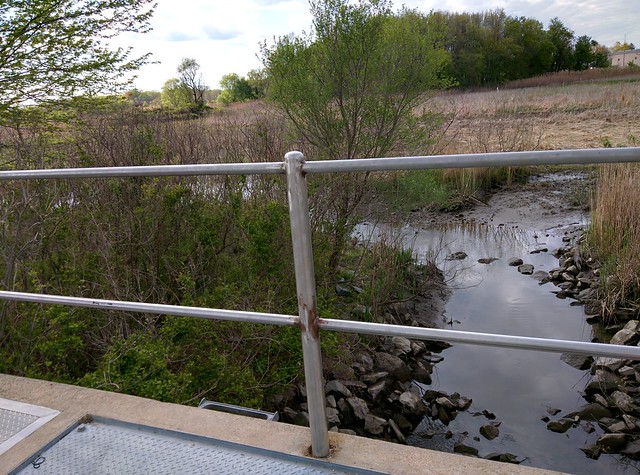 That swamp traverses through a huge bird sanctuary. Sadly, I was unable to find any birds, but there is often cranes and snowy egrets flying around. 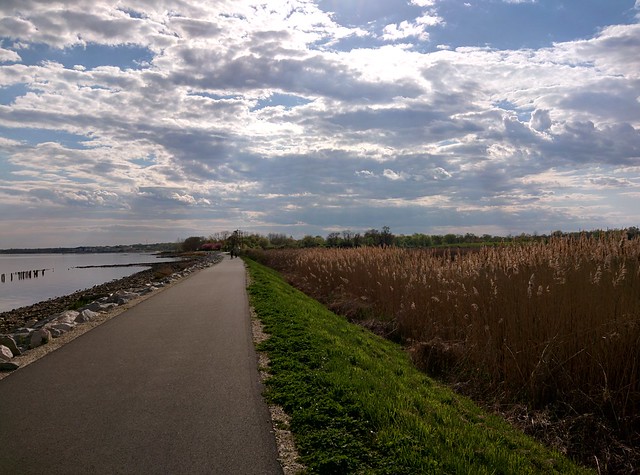 Eventually the path leaves the fields and populated park, making its way to a more scenic landscape. 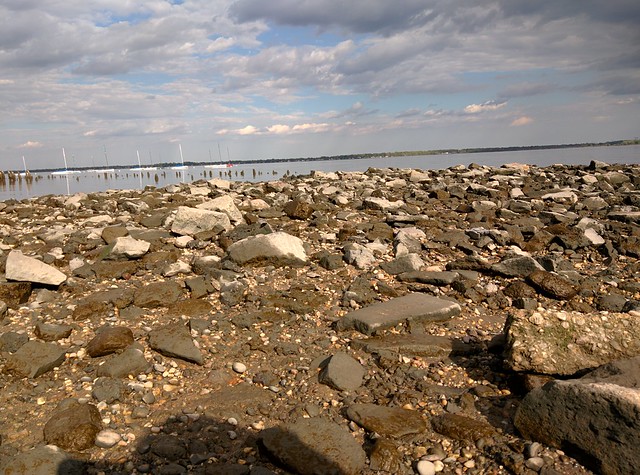 The sailboats from earlier, but further away. I like the way this picture turned out. The clouds opened up and the sun came down at a very unique angle. Everything looked sharp, I had to snap this picture. 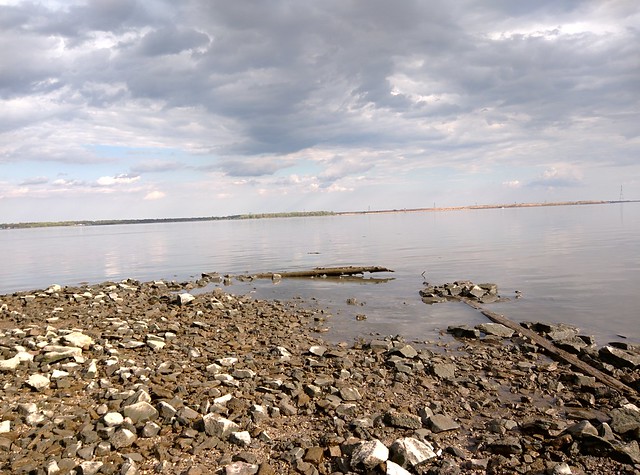 Some more wooden ruins. I don’t know if this is from the hurricane-lifted pier or another one. There used to be several along the river. I remember as a kid I would go out on the fishing piers, sit on the benches and watch the water. 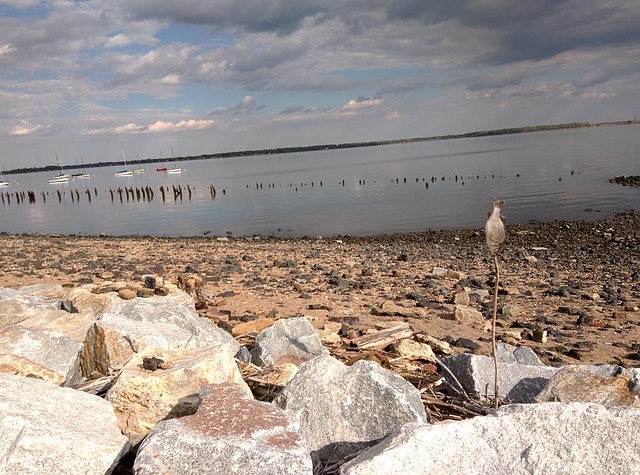 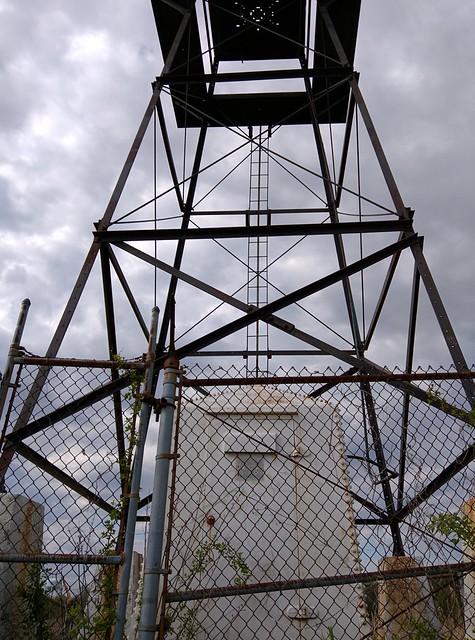 There used to be a spotlight at the top of this tower. I think it was damaged in the hurricane. When I was little, I always thought the little control room was an elevator that lifted you up to the top of the “lighthouse”. 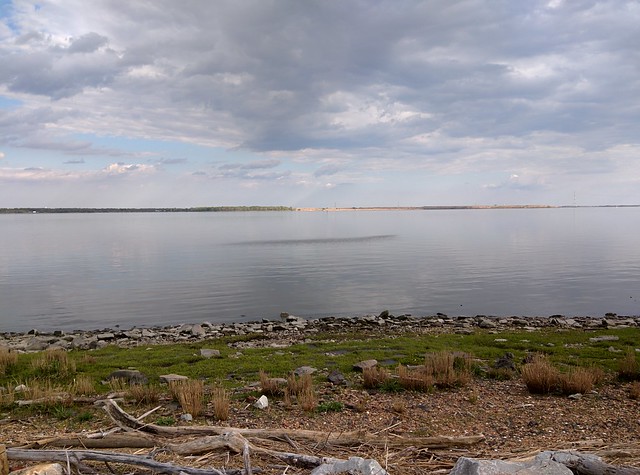 They say “the grass is always greener on the other side,” but it’s clearly much greener on my side. 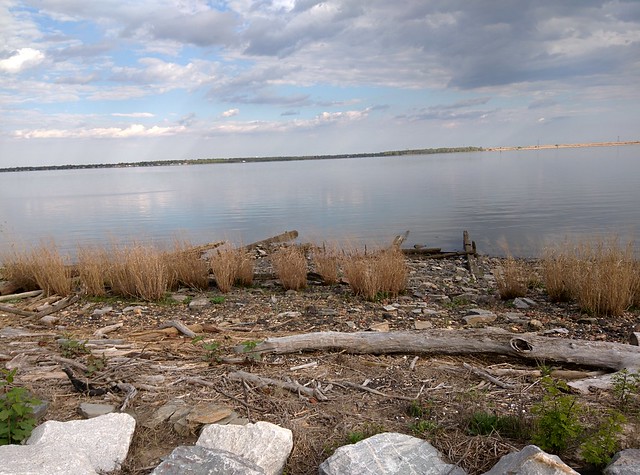 I don’t remember why I took this shot, but now I’m noticing that the clouds are reflecting in the river and it’s quite pretty. 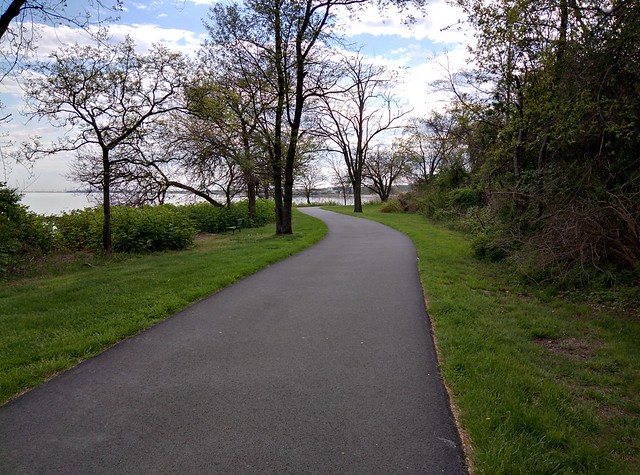 The path continues into a more green and grassy area. When I was growing up, the trail would end here. After the hurricane, the community came together and extended it. NOTE: This is where I took the introduction picture 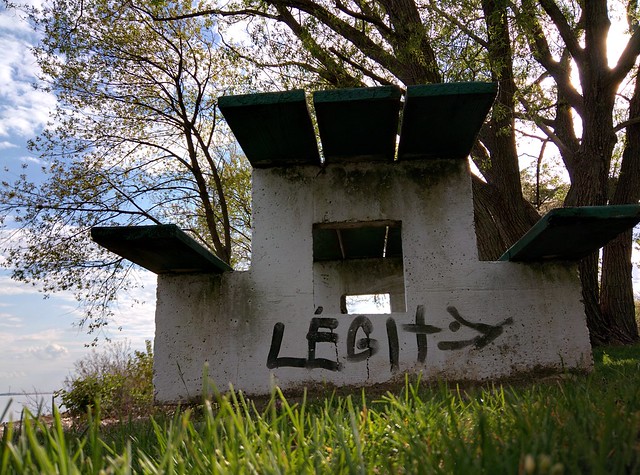 There are some very legitimate picnic tables here. 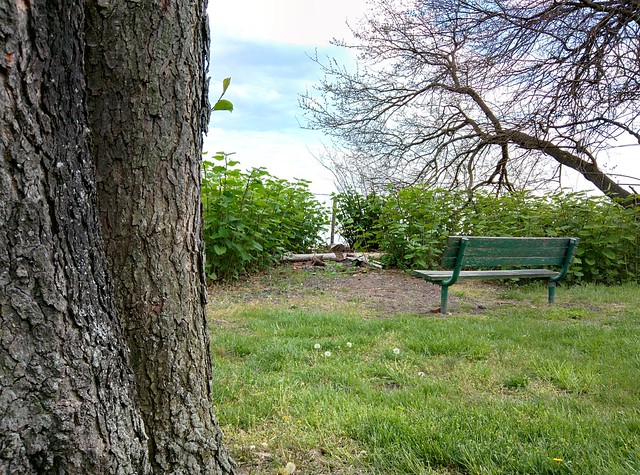 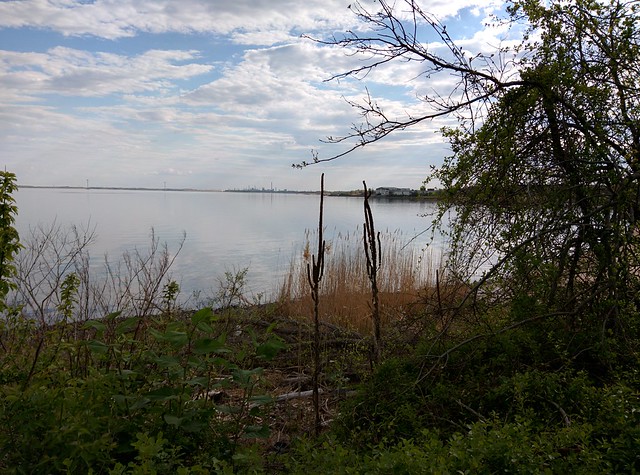 Some dead weeds that look like cacti. The path ends soon. 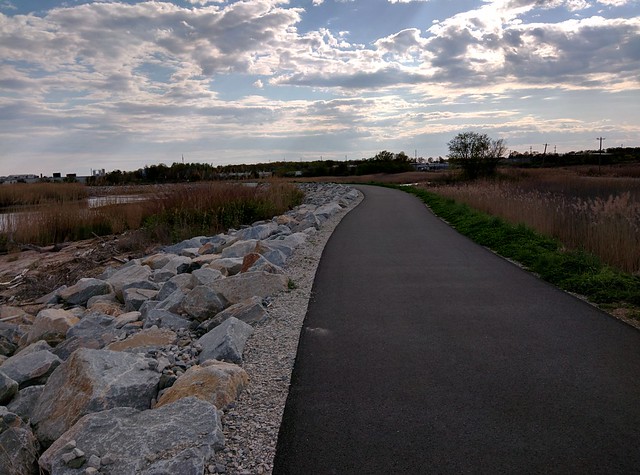 In the final stretch, the path continues through river and swamp. 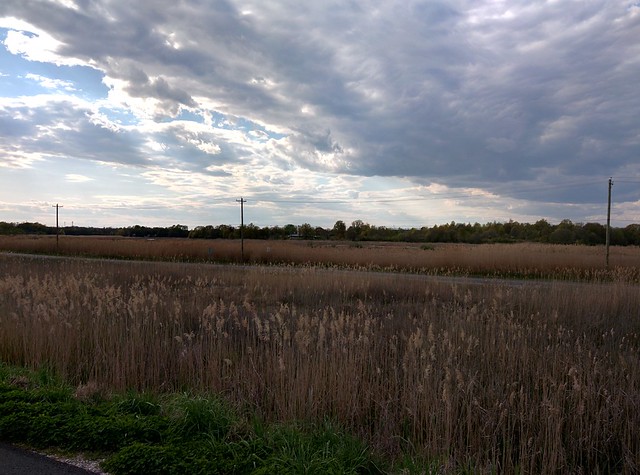 There’s not a lot around here, on lonely DE Route 9, except for a lone house, very far out in the swamp. 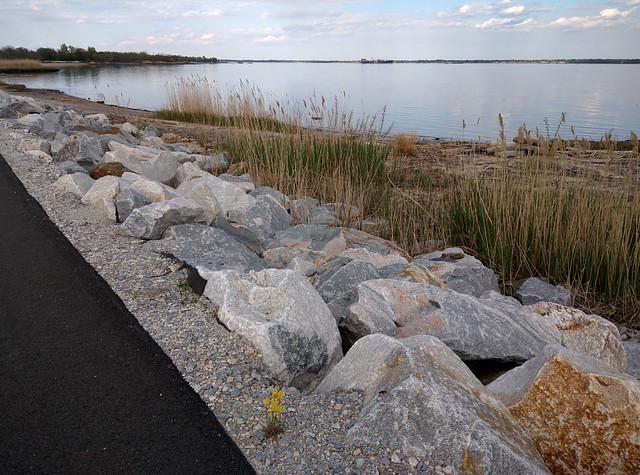 A lone flowering plant growing out of the gravel next to rusted out stone. 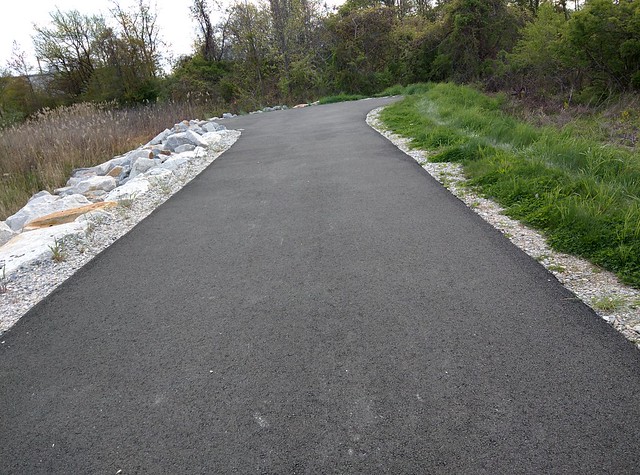 Approaching the very end of the trail! 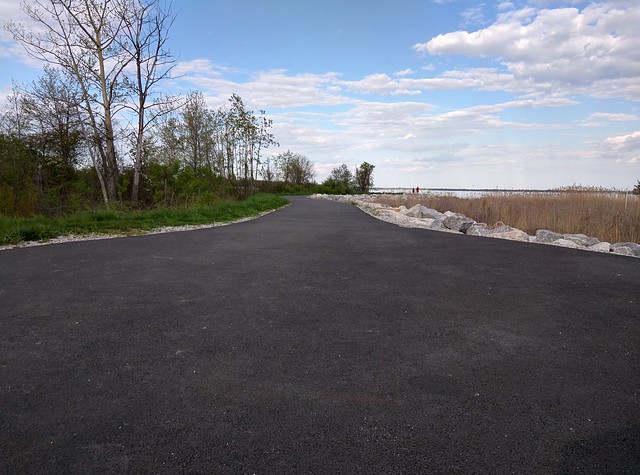 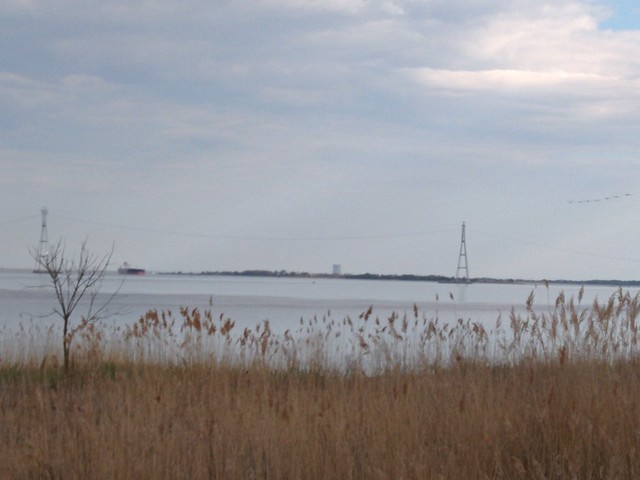 It’s kind of hard to see, but there’s an island there, and that dark “bump” to the left of the power plant tower is Fort Delaware, which is an old Civil War prison. You can take a ferry over and explore. I used to run around there when I was little, we’d go all the time. 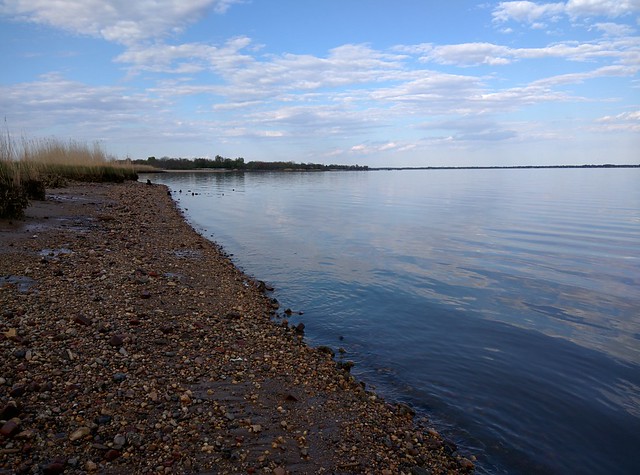 Looking back, towards New Castle. 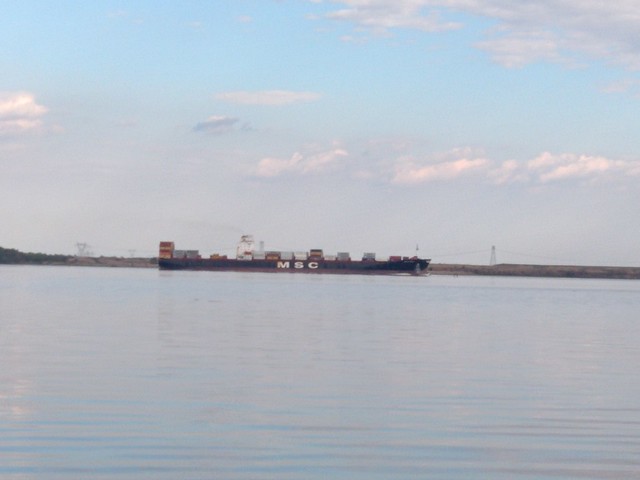 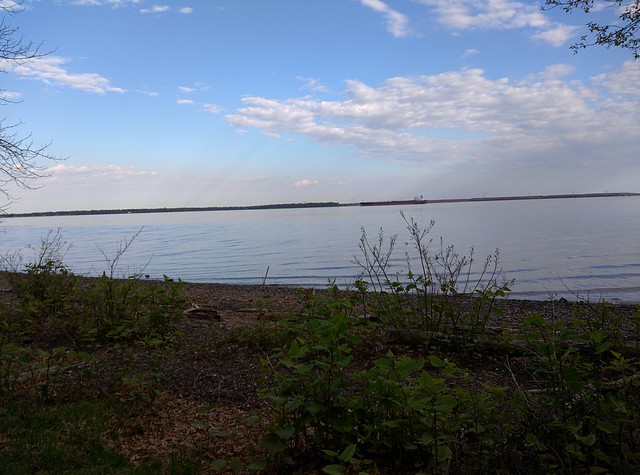 Just another shot of the river. 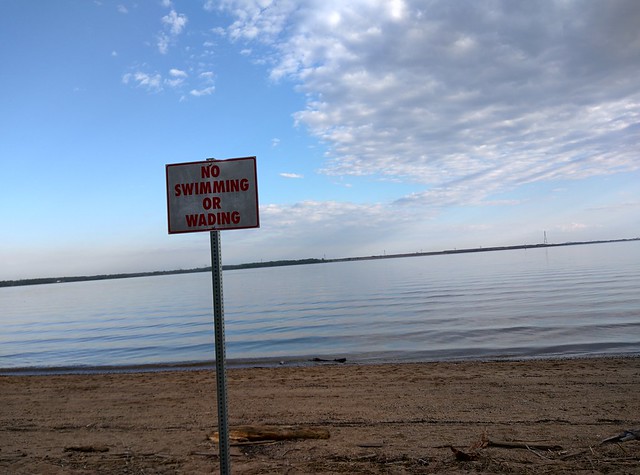 A final shot of the beach. When I was younger I would go in that water, I probably shouldn’t have.