I decided to visit the Riverfront in Old New Castle and take some pictures while waiting to pick up my brother. I took the opportunity to try my photography skills out, and took some pictures of the oncoming thunderstorm across the river. Here are the results (warning: lots of pictures). 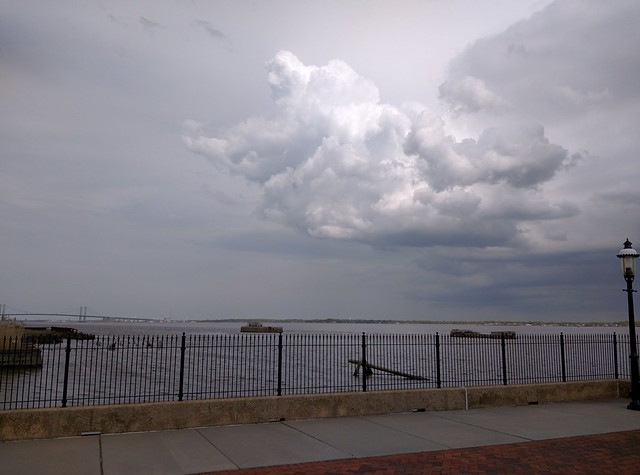 This was taken on a brick platform that borders the river. There’s a view of the Delaware Memorial Bridge; the second-longest twin suspension bridge in the United States. Also small structures in the river. 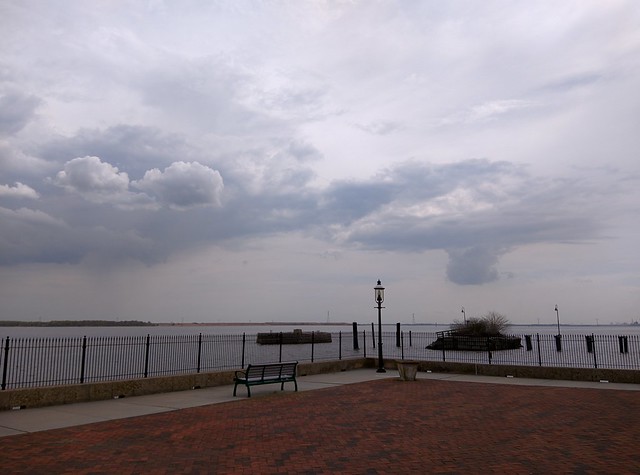 The opposite end of that platform, with some more stone structures in the river. These structures used to be foundations for piers and docks. 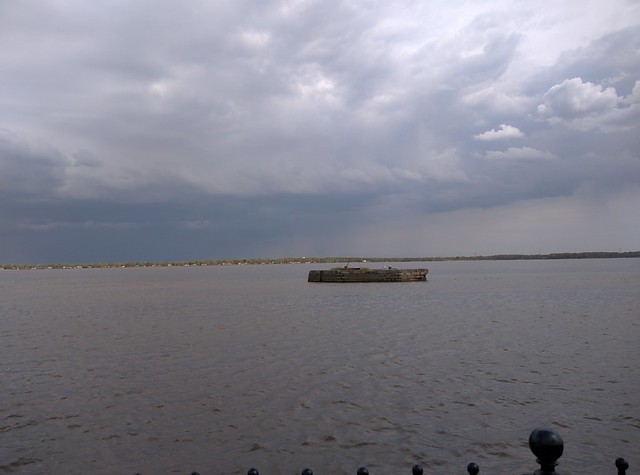 The Delaware River separates Delaware from New Jersey. Delaware actually has the river too, with the state’s borders ending at the New Jersey shoreline. 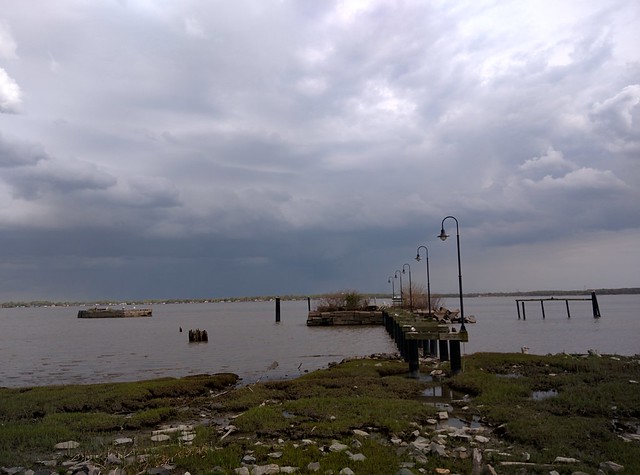 This was a foundation to a bridge leading to a ship dock. There used to be a river taxi that would traverse these waters. 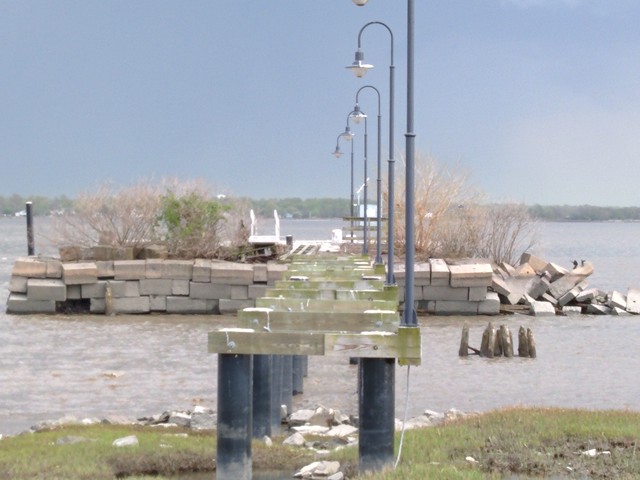 Hurricane Sandy lifted up the dock and dropped it further down the river. 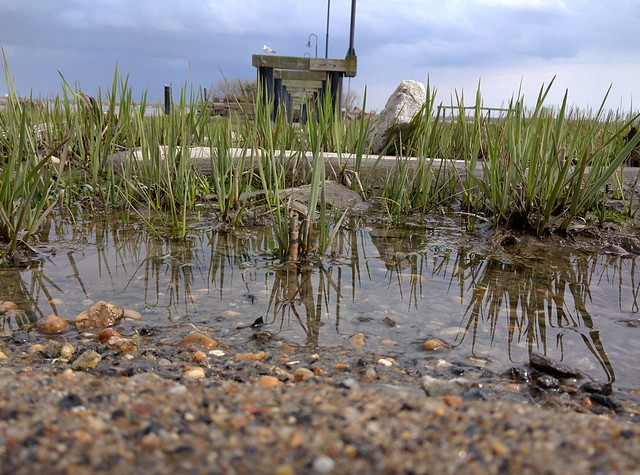 Low perspective shot of the ruined bridge. Tide pools are left in the gravel when the water comes out. 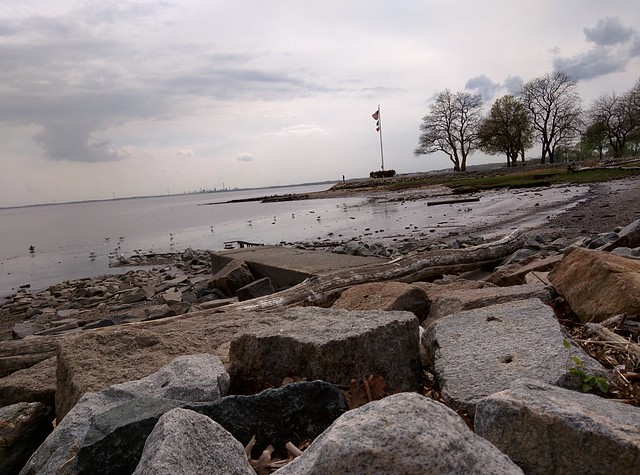 The remains of a smaller dock. There’s a lot of huge boulders along the riverfront, though I’m not sure what causes them. 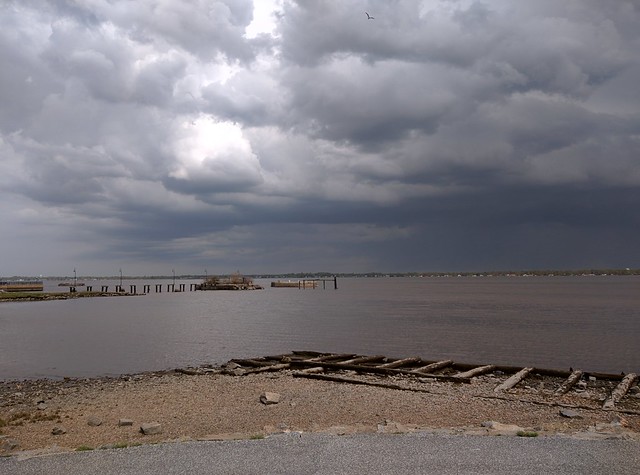 The wood on the beach is what’s left of that pier. In the distance, a thunderstorm is coming. 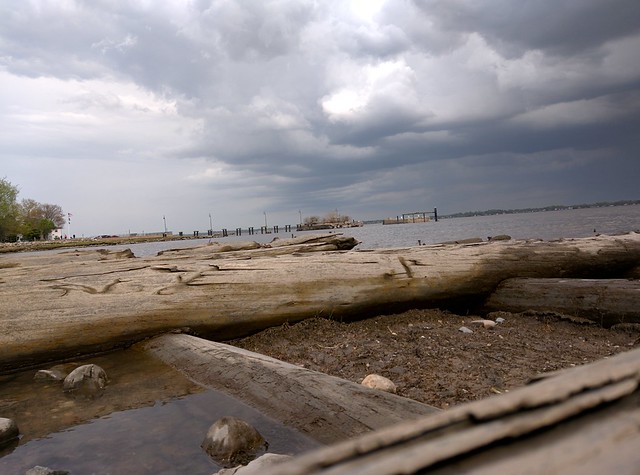 Another neat perspective shot of the ruined pier, now driftwood. 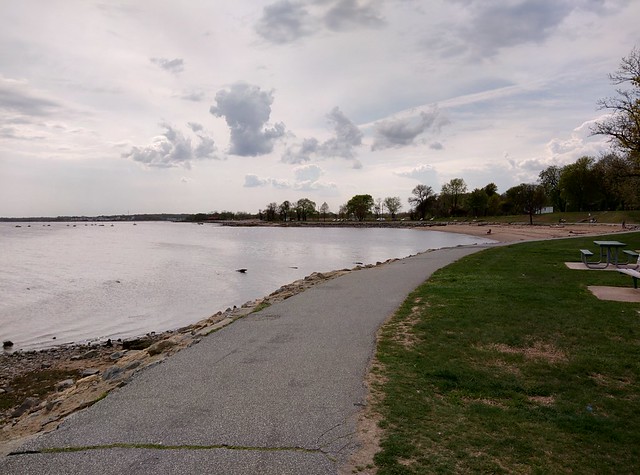 Along the riverfront is a walking trail through a park called “Battery Park.” I didn’t have time to walk the trail today, but it goes through a bird sanctuary and there’s some very scenic views. 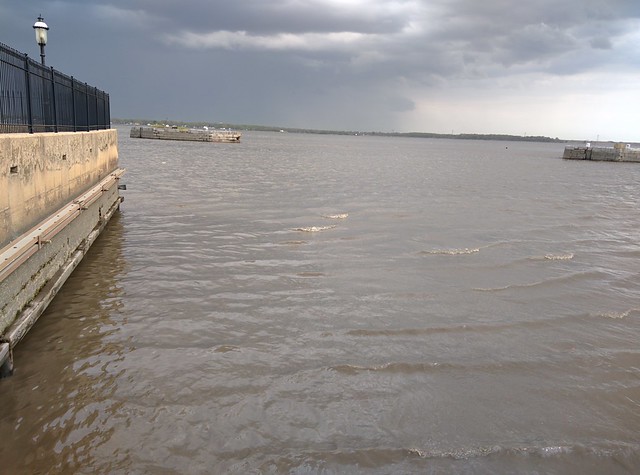 The thunderstorm started rolling in. As the wind picked up, so did the waves. 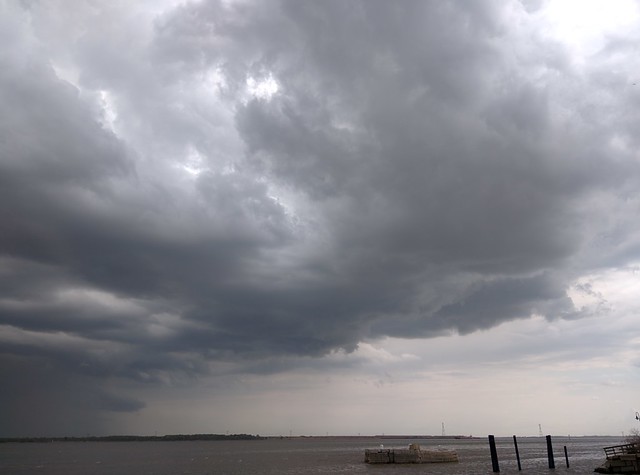 Cloud formations over the river. 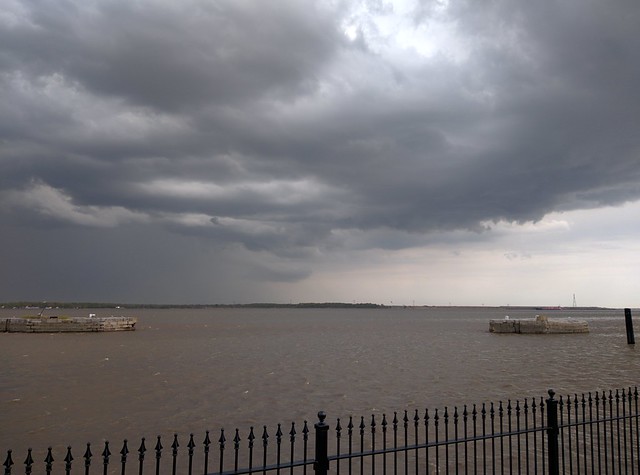 I take a lot of cloud shots. 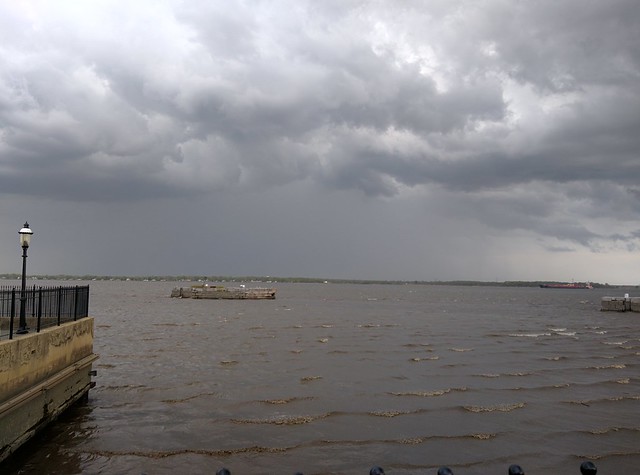 As the wind started to pick up, I noticed a freighter coming into view. 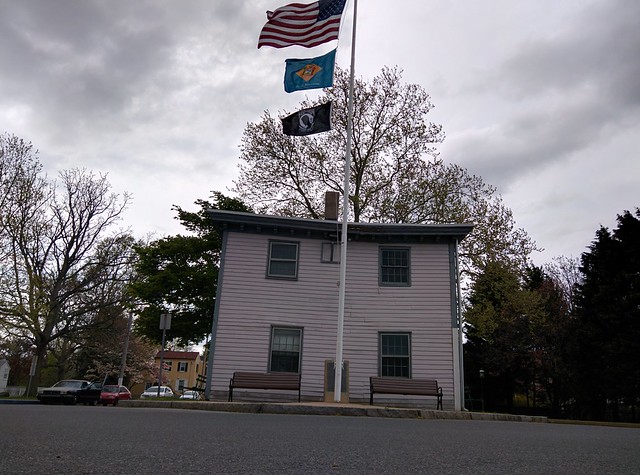 A small guardhouse by the river. 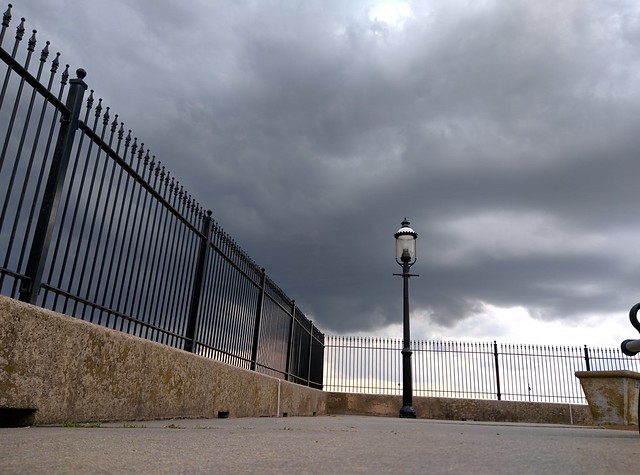 Another perspective shot. Notice the small drainage holes in the concrete. 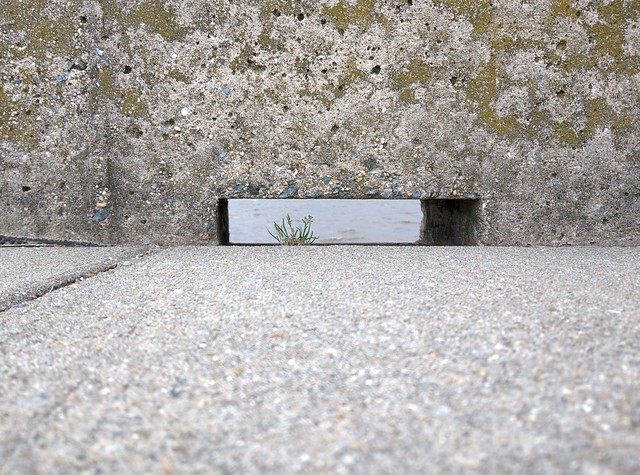 A view of the drainage hole. A small plant managed to make its way out of the concrete. 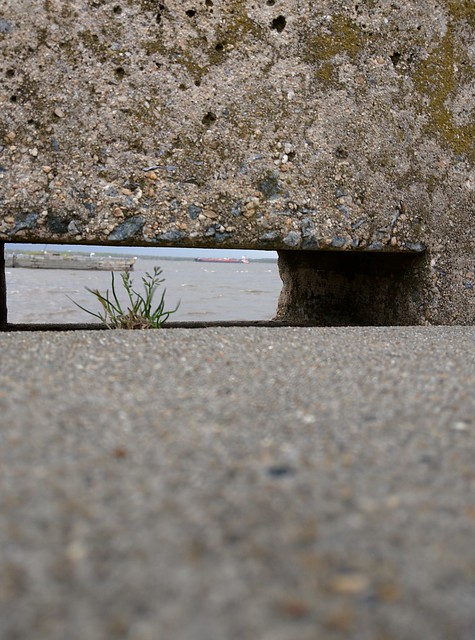 A view through one of the drainage holes, as the freighter goes by. 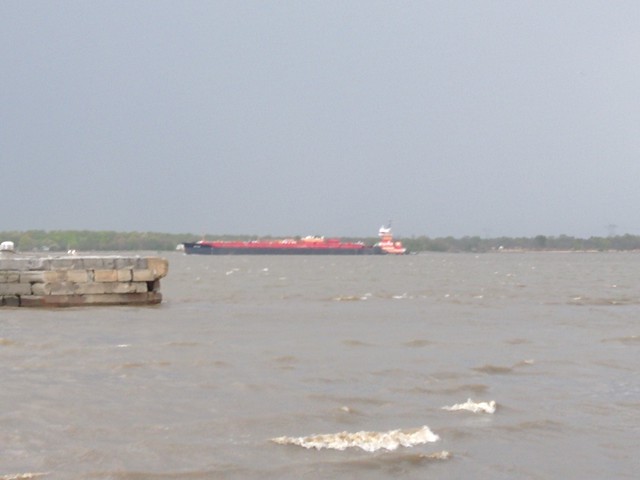 An out-of-focus view of the freighter. 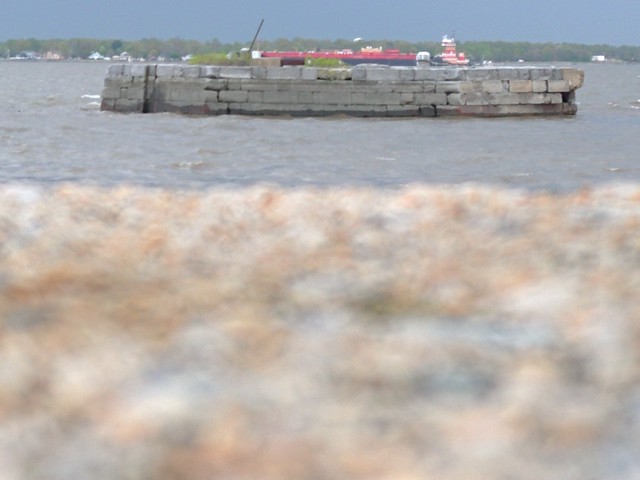 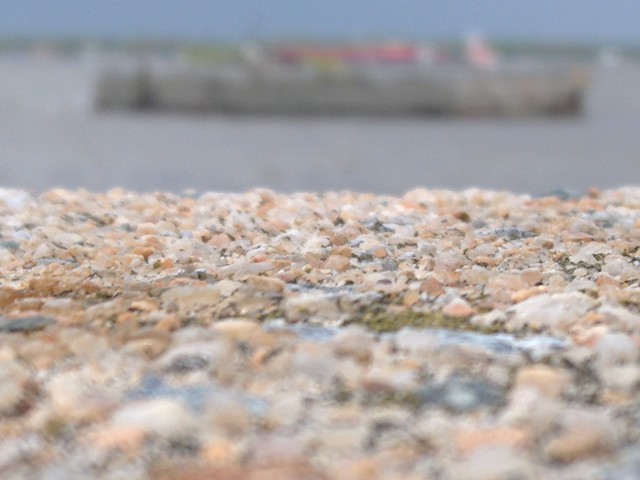 Playing with the focus on my camera. 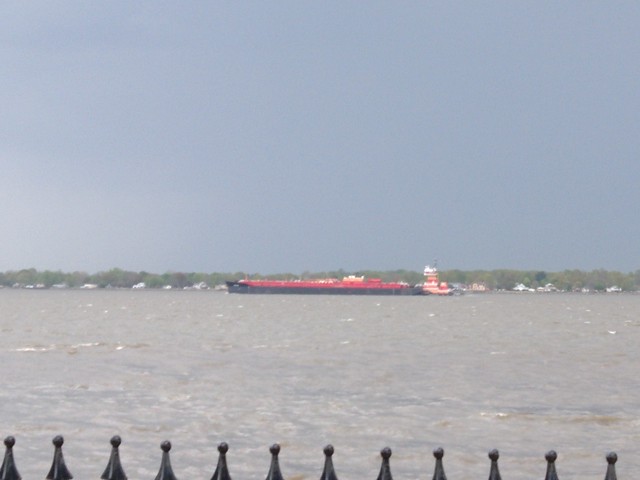 I took a lot of pictures of the freighter. 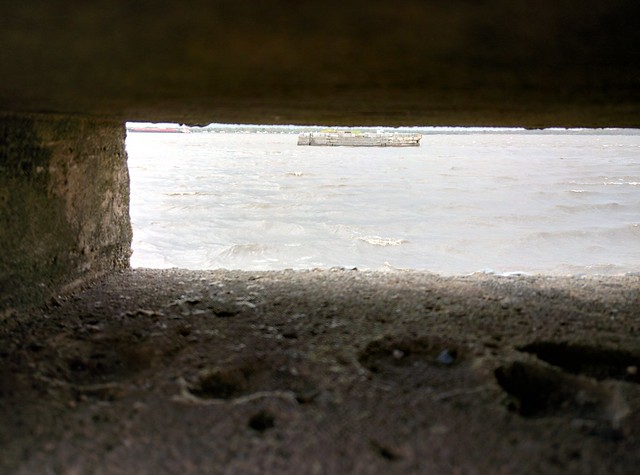 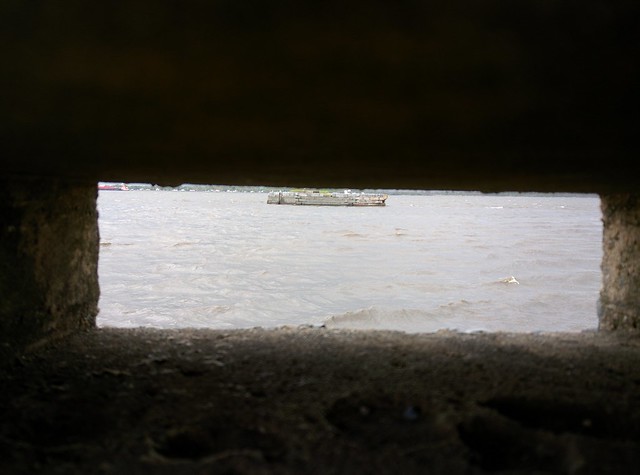 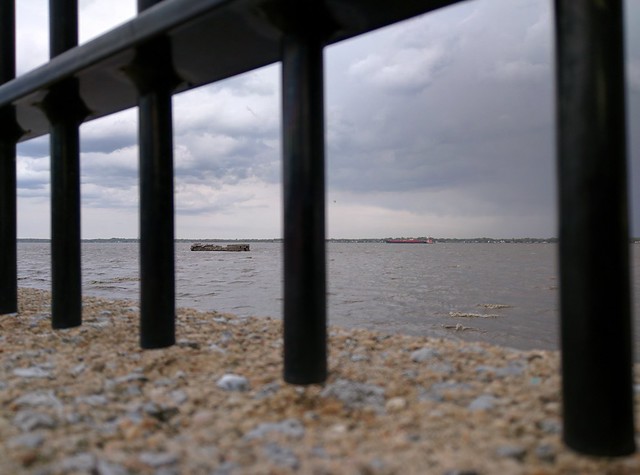 It was very windy at this point, as depicted in the river’s waves. 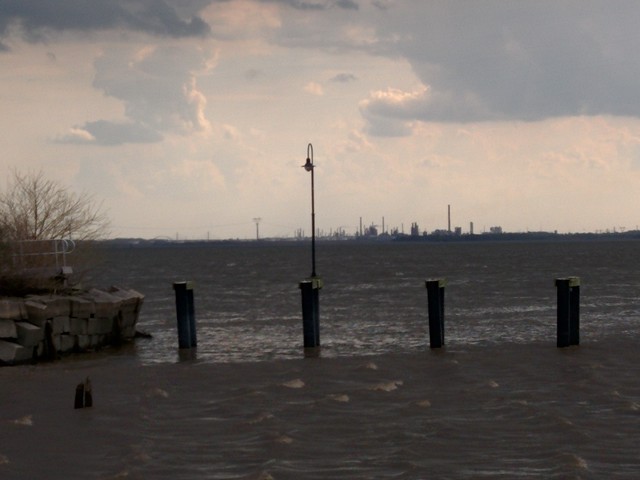 A view of a factory in the distance. 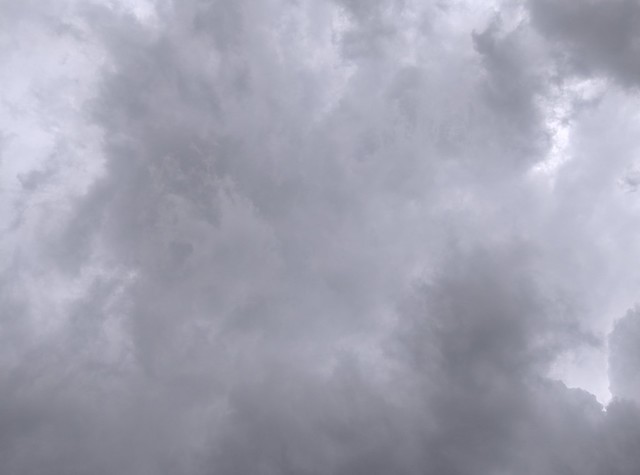 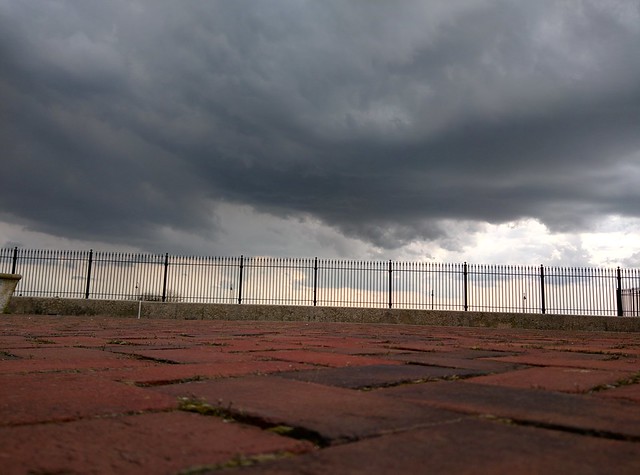 The thunderstorm was all around me, yet no rain. 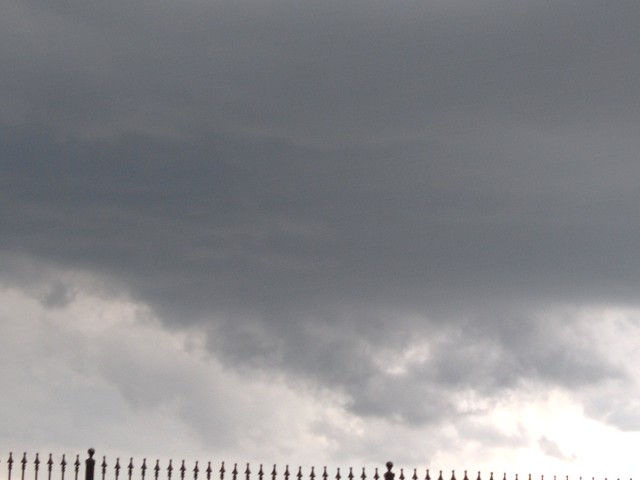 The storm began shifting to the side. 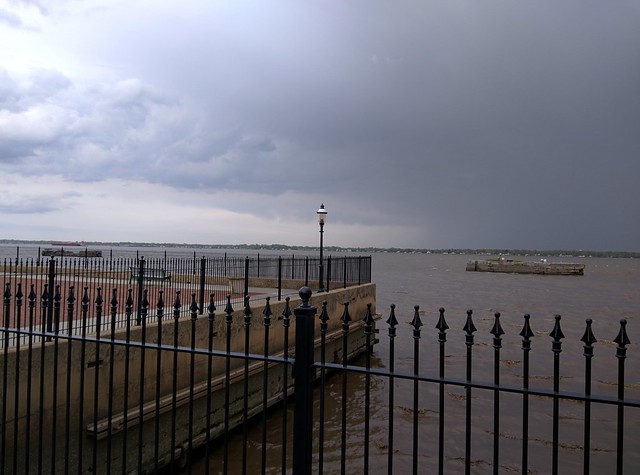 With the storm blowing away from me, I took one last picture of the river.